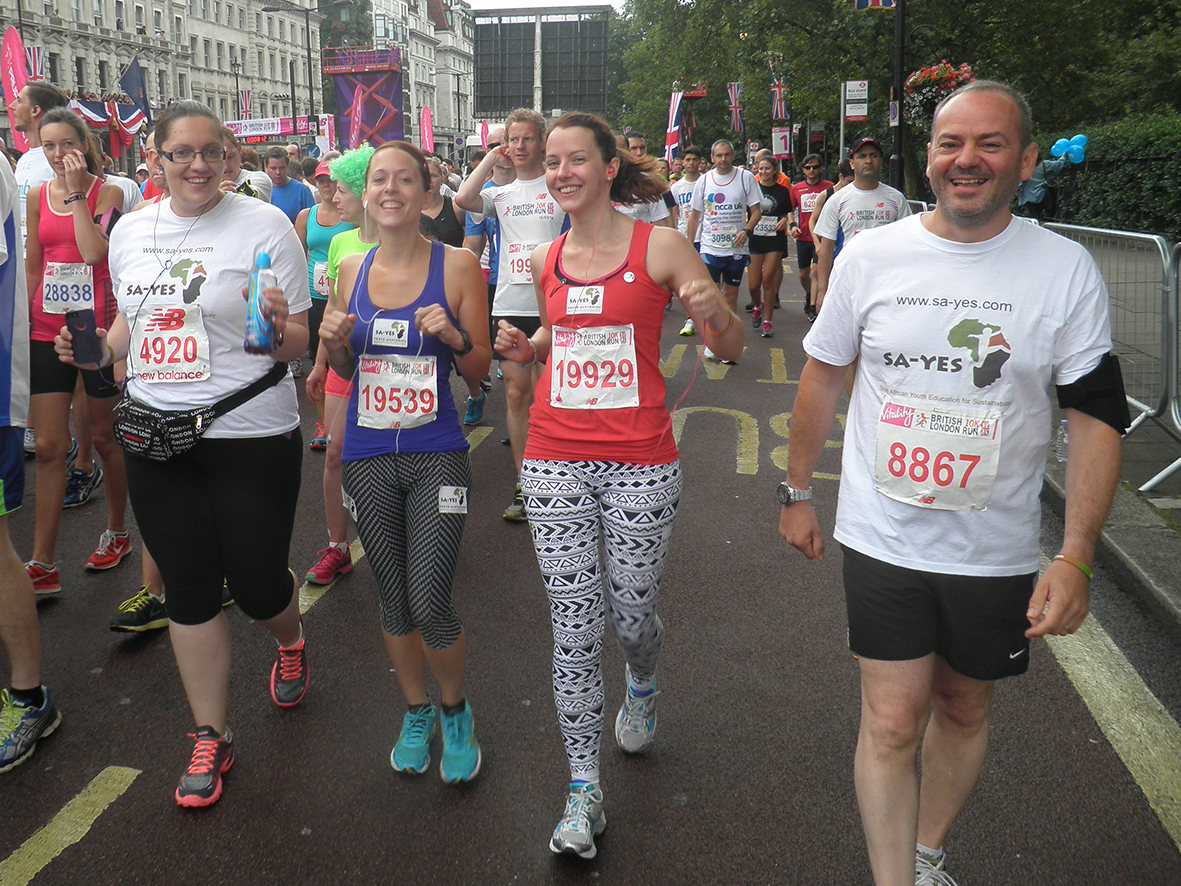 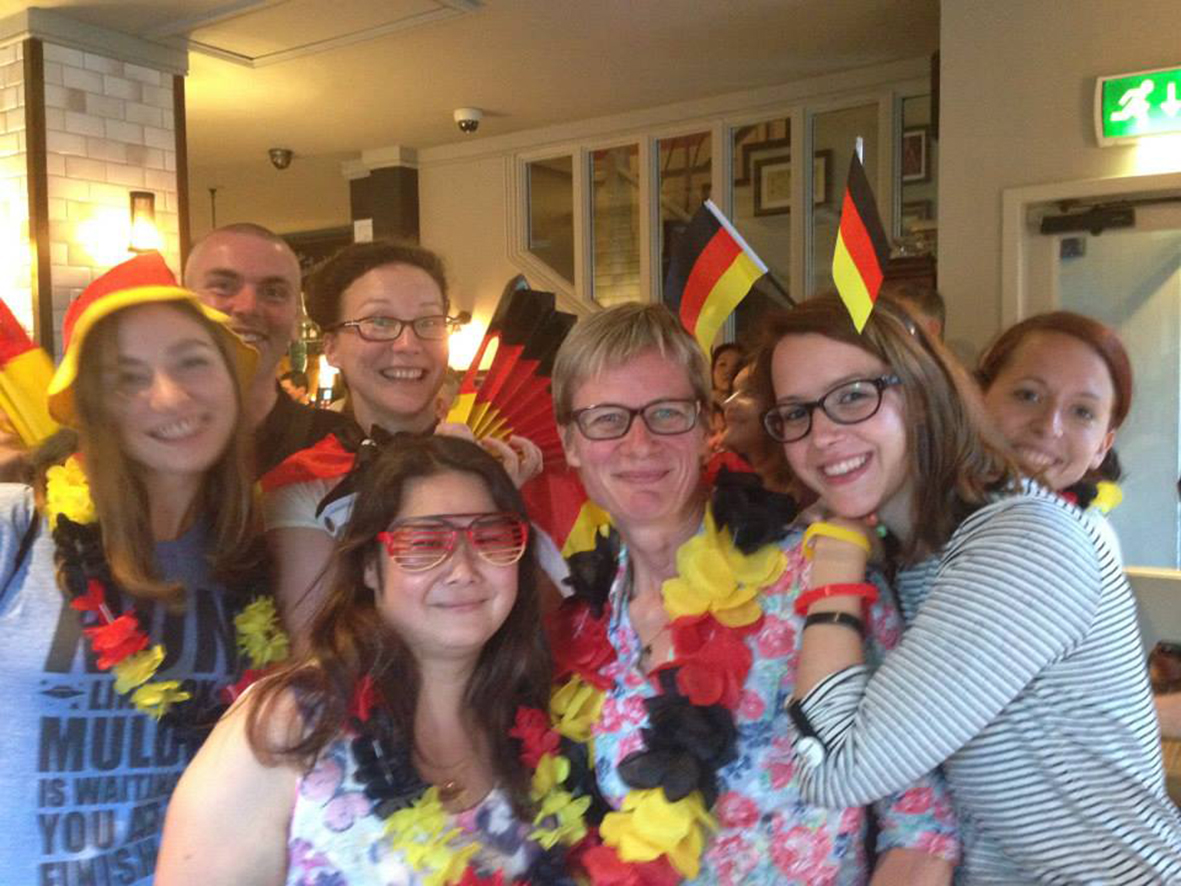 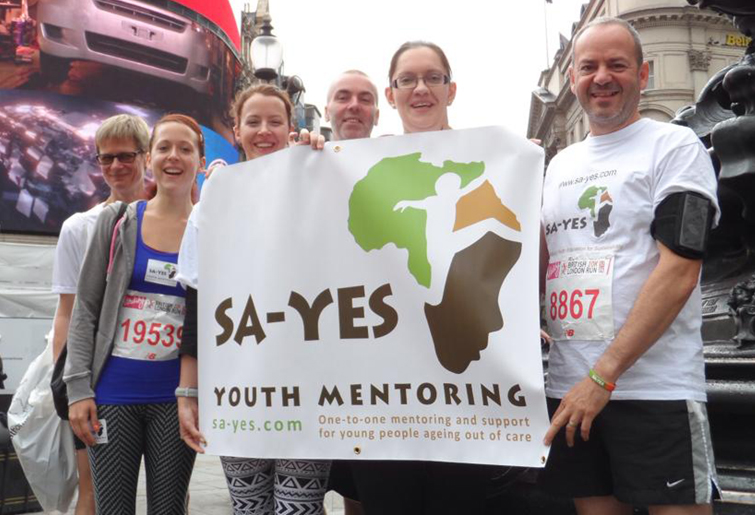 Before the start, the runners proudly presented the SAYes banner. While the runners prepared for the race, supporters placed the banner along the route. After the race the whole team met to celebrate the final amount they had raised for SAYes - 1,400 €.

Coincidentally there was another event happening last Sunday - the football World Cup Final between Germany and Argentina. After a very well deserved dinner, Team SAYes moved to the next pub. Two members of Friends of SAYes Germany provided the whole team with memorabilia. The entire European Team SAYes supported the German football team and everyone was thrilled with the result.

Random people coming into the pub were welcome to join the team, including a lovely Italian woman (pictured in the photo, the second from the left in the back row). What a fantastic ending to a great weekend.

A huge thank you to all runners, supporters and donors who helped SAYes support young people in South Africa.

A special thank you goes to Julie Baron, SAYes’ Events Coordinator, for organising this weekend perfectly.